A performance for the FollyFest in Faringdon. It was also performed earlier at the ODN Drama Festival, Unicorn Theatre, Abingdon on 5th June and the Wallingford Corn Exchange Drama Festival on 14th June. It won ‘Best Play’ awards at both. 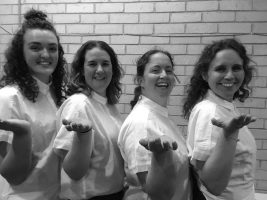 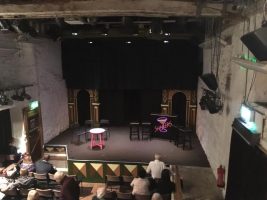 The stage is set for the first performance; at the Unicorn Theatre in Abingdon 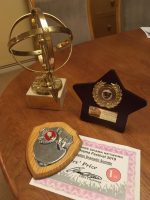 “Shakers” is a one-act (50 minute) play set in a trendy cocktail/wine bar in the North of England during Maggie Thatcher’s yuppie 80’s. The characters being four cocktail waitresses; however with each passing scene the actors are also called upon to play the many and varied clientele. The play is a sequence of quick-fire humour interspersed with really quite serious monologues, which starts off very light hearted.

Shakers Cocktail Bar is THE place to be! After work, before a club, to meet the blokes, to pick up the girls, to drink to celebrate or drown your sorrows, for birthdays and parties and romance and sin, this is the place to be seen. In ‘Shakers’ the four young waitresses reveal the lives of its staff and customers and offer an insight into their hopes, dreams and disappointments. John Godber’s sparkling writing builds on the success of his earlier ‘Bouncers’ to create a richly absorbing yet tellingly revealing modern comedy. 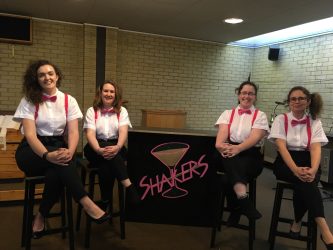 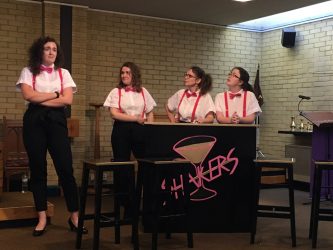 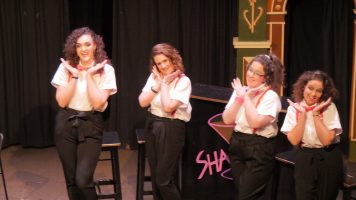 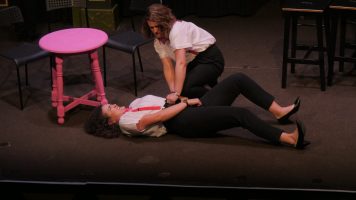 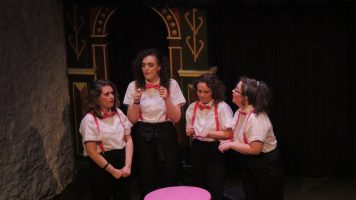 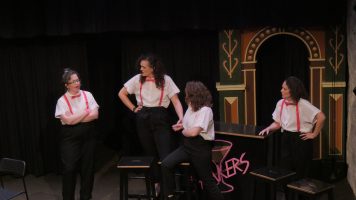 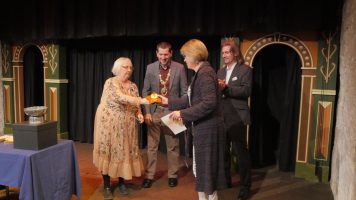 Best play as voted by audiences at the ODN Drama Festival held at the Unicorn Theatre in Abingdon. 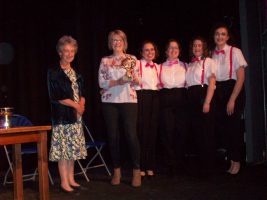 Punters’ Prize for best play chosen by the audience at the Wallingford Drama Festival. 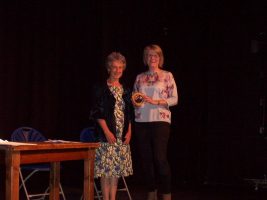 Commendation for great teamwork from the adjudicator at the Wallingford Drama Festival.

"A spot of nostalgia"

Just wanted to let you know I saw your production of “Shakers” today at the Pump House. I was most interested in seeing it as I directed this play three times around thirty years ago! It was a very good production and your four girls were excellent. The first time I did it I combined it with “Bouncers” and called it “Nightime in the City” and made a lot more use of the music of the period. It went down well with audiences and we set up a record at a local Drama Festival by getting all 8 actors nominated for the Best Actor award. It worked very well on a split stage switching from night club to cocktail bar. Thank you all for enabling me to indulge in a spot of nostalgia and may you continue to thrive!

I thoroughly enjoyed “Shakers”. The actors moved between accents and characters so smoothly and cleverly! Most impressed. Loved the costumes too – the red braces made a great splash of colour. Thank you all!