As Long As They’re Happy

The suburban peace of the Bentley household is shattered when John Bentley is informed by his wife Stella that their two married daughters, Pat and Corrine are in trouble and need funds to come home and bring their husbands, Peter, a penniless Parisian artist and Barnaby, a Texas cowboy, with them. And the youngest daughter, Gwen, has tricked an American singer, Bobby Denver, into visiting them on the pretext that it is the home of a noted British film magnate. When all the women in the household — including the maid — fall for the singer’s charms, Bentley consults a crackpot psychiatrist, Dr. Schneider, who almost succeeds in ousting, not the singer, but Bentley’s wife, with his advice to Bentley to make her jealous by living it up with Pearl, a showgirl recruited for the purpose.

The action of the play passes in the lounge of John Bentley’s house near Regent’s Park. 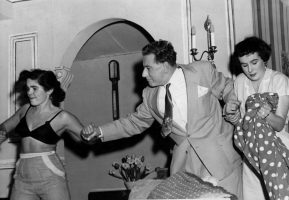 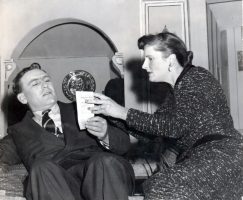 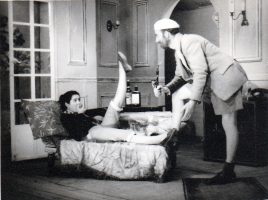 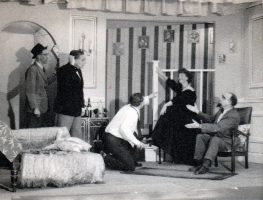 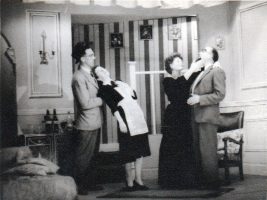 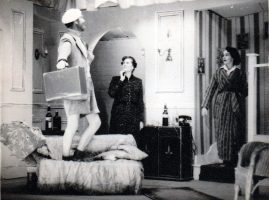 See the programme for further details, it cost thrupence 3d (about 1p in today’s money).