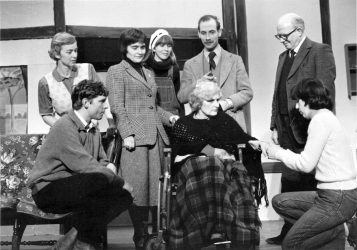 The scene is set in the sitting room of Forest Corner, Mrs Bramson’s bungalow.

Dan, a bell hop who arrives at the Bramson bungalow, has already murdered one woman and there is little doubt that he will soon murder another: the aged Mrs. Bramson herself. He skilfully insinuates himself into her affections while attempting to seduce her suspicious niece Olivia from exposing his diabolical intentions. And though she professes loathing, Olivia is attracted and fascinated by Dan. Fatally.