A Play for Ronnie

Set in the post-war forties, the play has the kind of plot based on mistaken identities that has one grinding one’s teeth with irritation. The play revolves around Mrs Agnes Thornton, a very emotional woman and the wife of an absent minded doctor, who writes plays. Then there is Ralph Dickie, the playwright who is staying in the Thornton house under false pretences to gather material and “Mouse”, the daughter of the house, a subdued unworldly young girl, and with whom he is in love.

The last act of “A Play for Ronnie” was entered for the Swindon Theatre Guild Drama Festival. This was held at the Arts Centre, Swindon, during March. 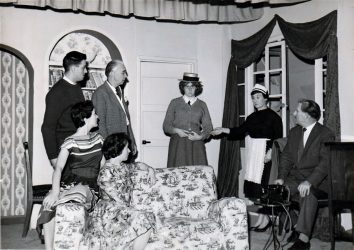 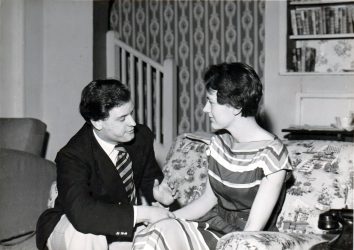