The story of an unsuccessful inventor who inherits the life interest in a fortune which is to revert on his death to his cousin George Maitland. As Cousin George is thought to have died abroad, the inventor has the brilliant idea of “dying” so that he can resurrect himself as his cousin and avoid paying his enormous debts. Complications arise in the form of George’s wife, another Maitland imposter (the butler’s brother) and finally the real George Maitland himself!

Writer, broadcaster, entertainer and irreverent poet Pam Ayres was once a member of the Society and took part in this production. She continued to be a patron of the Society for many years and her photograph was hung in the foyer of the theatre. 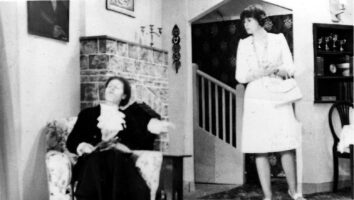 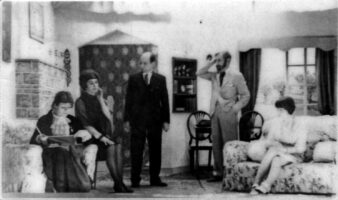