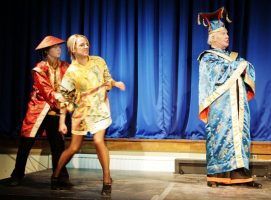 Poor young laundryman Aladdin is recruited by evil magician Abanazar to fetch a lamp from a magic cave. After the magician attempts to double-cross him, Aladdin finds himself trapped in the cave. With the aid of the genie of the lamp, Aladdin becomes rich and powerful and marries the Emperor’s daughter and they live in a wonderful palace. Abanazar returns and tricks Aladdin’s wife into giving him the lamp. He orders the genie of the lamp to send Aladdin’s palace away into the desert. Fortunately, Aladdin still has the magic ring, and although the slave of the ring cannot undo the magic of the genie of the lamp, he is able to help him defeat Abanazar. Ron Hall’s Aladdin is a really traditional pantomime. There are lots of corny jokes, a really bad baddy, a very butch dame, a beautiful princess and of course Aladdin, who will save the day. Add lots of singing and dancing and you have a great family show.

The booking and paying for tickets became available online for the first time with this production. 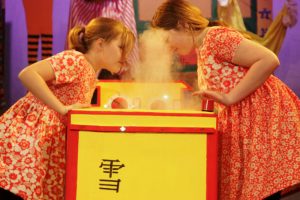 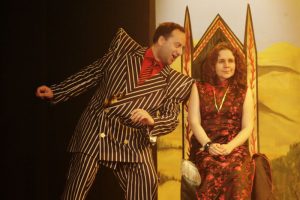 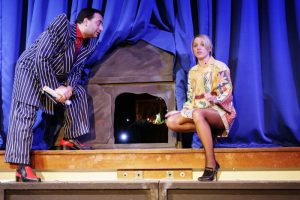 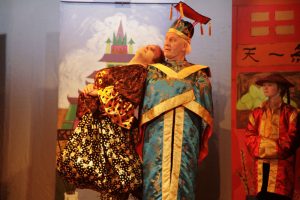 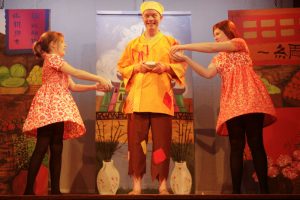 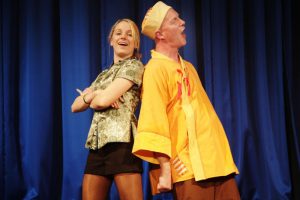 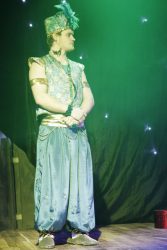 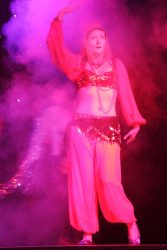 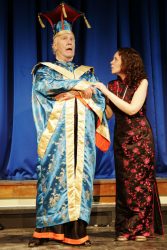