Babes in the Wood

The King and Queen have to make a tour of their royal realm and make the mistake of leaving both their kingdom and the Prince and Princess in the hands of the scheming Count. Their day-to-day care is left with their nurse, Mrs Custard-Pigh and the children’s fairy godmother. Robin of Locksley steps in to warn the King and Queen that the Count is plotting against them, but is banished for his pains.

No sooner have the King and Queen left on their travels, than the Count puts his plans into action by hiring two villains, Messrs Rough and Ready, neither of whom would be a success on Master Mind. Their plans are overheard by Marian, the maid, who with Mrs Custard-Pigh escapes with the children into the forest.

This version of Babes in the Wood was originally performed by FDS in 1992. 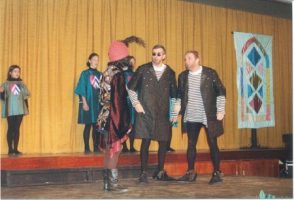 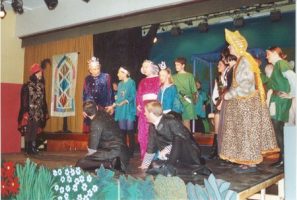 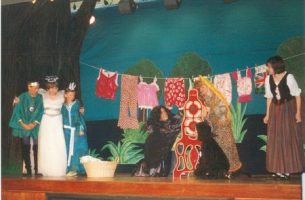 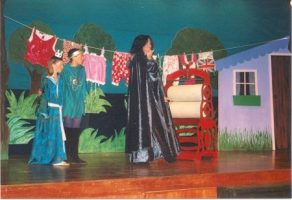 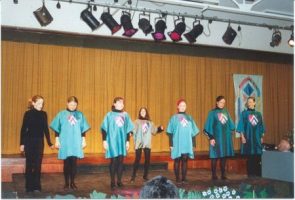 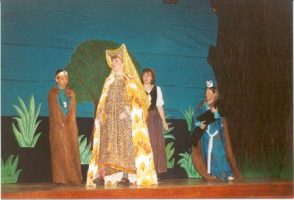 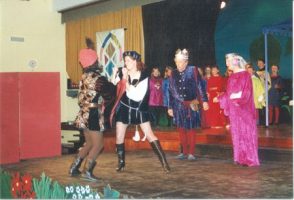 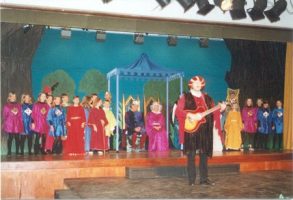 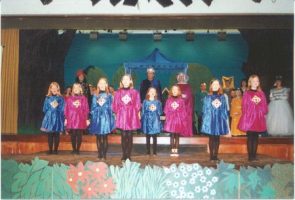