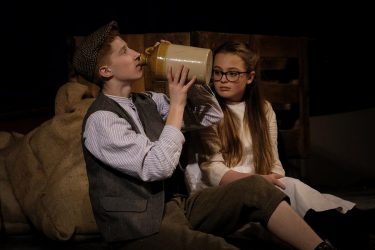 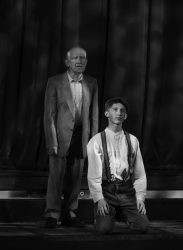 ‘Cider with Rosie’ was adapted for the stage from the autobiography of Laurie Lee. It is a wonderfully evocative and poignant account of Lee’s childhood in the village of Slad, Gloucestershire, England, in the period soon after the First World War. It chronicles the traditional village life which disappeared with the advent of new developments, such as the coming of the motor car, and relates the experiences of childhood seen from many years later. 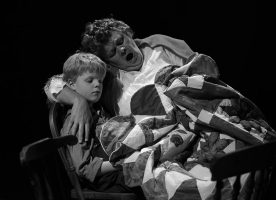 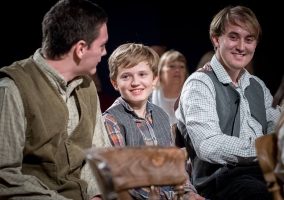 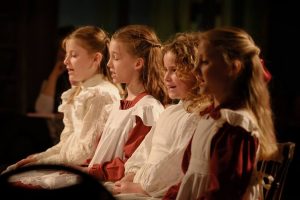 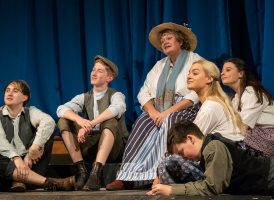 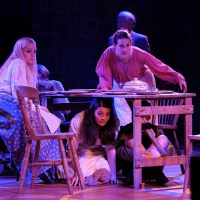 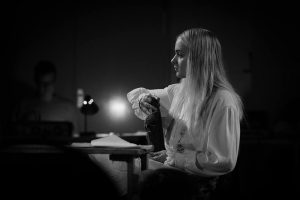 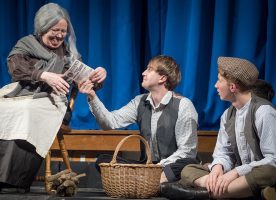 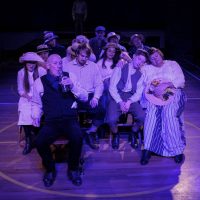 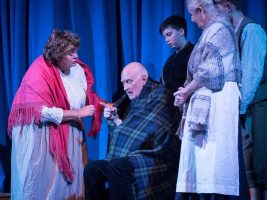 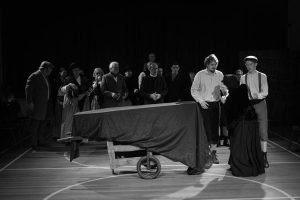 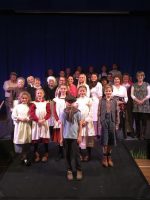 A favourite book of mine, so was interested to see this adaptation. It was a beautifully produced piece, both funny and heartbreakingly moving. Superb cast, and great to see so many young people involved. I know one should not single out one individual in particular but in this case Dave Headey must have a mention for a wonderful portrayal of Laurie Lee. He nailed it. Well done to all concerned.

"Excellent performance, cleverly choreographed and I felt as though I was there!"

"Great production, the enthusiasm of the young actors was great!"

Slightly too long, imaginative use of the floor space, loved the violinist.

All the performers were great, but Dave Headey as Laurie Lee/the narrator warrants particular mention. He was better than excellent. I loved the in the round style and the simplicity and imagination of the sets. Jon Lanes's violin playing added charm and poignancy. Another wonderful production by our very excellent Dramatic Society.

"A well thought out production"

Characters were well portrayed and convincing. The production was slick and used limited space imaginatively and well. A pity the seats were not built up but I could see most of the action although I was sitting at the back.

Congratulations FDS you all did a great job. Staging was ingenious. In the round worked very well. Prop use very clever. Lighting and sounds really augmented the poetry. Costumes gave the right feel to the times. You kept the flow going very well with all the entrances and exits without pause. Congratulations on the tour de force of narration. We thoroughly enjoyed it. It is always a good sign of excellence when you wake up the next morning and revel in the great moments in discussion with your spouse. Well done all!