Imagine, if you will, a pantomime version of the Beggars Opera, featuring Jonathan Wild, magistrate, crook and chief of the Bow Legged Runners. We find him first of all taking Mr Cuff and Mr Bookem, two of his Runners, to task for failing to arrest anyone even on a trumped up charge. Then he moves on to encourage his gang to relieve the crowd of their valuables.

We are introduced to Chief Justice Milksop and his domineering wife; Milksop is relieved of his wallet by Moll, one of Wild’s gang, but she is seen by Jack, Dick’s servant. When milksop realises his loss he berates Wild for the level of crime in the streets, just as Dick arrives with Jenny, Milksop’s daughter, only to be accused of being the mastermind behind all the crimes. Jenny defends him, while we are treated to Mrs Milksop’s rather right wing views. 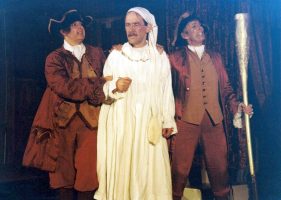 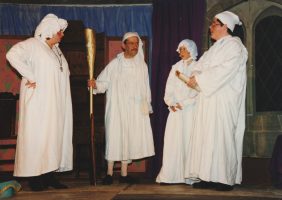 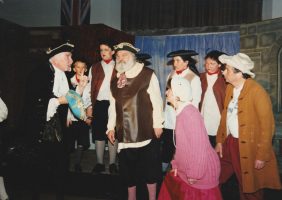 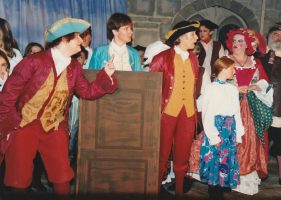 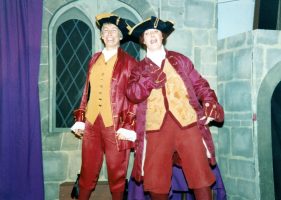 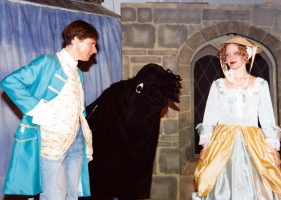 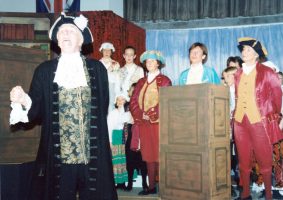 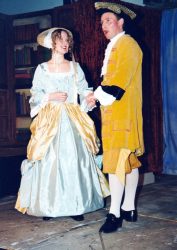 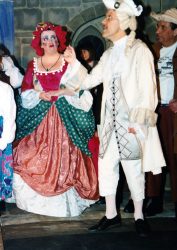