Four (of six) interlinked plays set in a National Health hospital during visiting hour. Alternately funny and sad – with elements of tragedy and comedy in each.

Eric, hospitalized following a car accident, is visited with hilarious results by his canny wife! 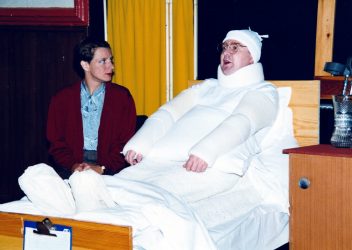 This play follows the satirical vagaries of a TV crew filming a documentary on the world’s first quadruple transplant – until they discover they are pipped at the post by a transplant operation in another hospital! 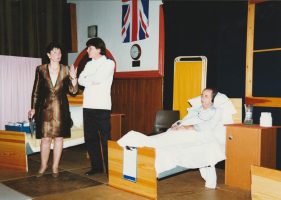 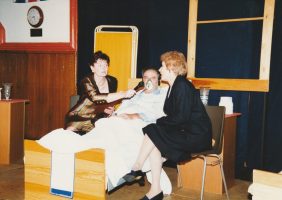 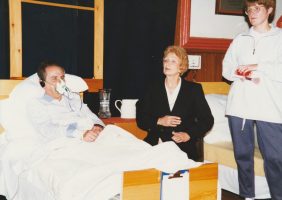 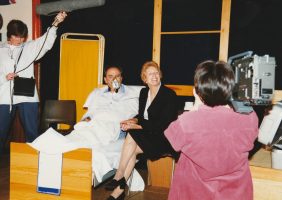 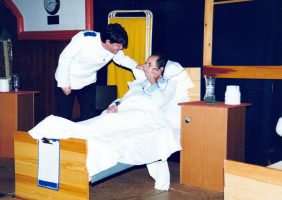 A poignant monologue that sees Pauline sitting at the bedside of her dying mother. As she mulls over her own churning emotions she realizes a love that, it eventually transpires, is now too late to communicate. 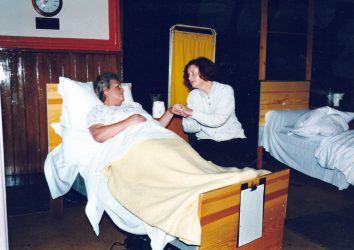 Brenda, a timid spinster awaiting a hysterectomy, suffers a visit from a crass work colleague and her appalling husband who performs very bad jokes and conjuring tricks.

2 shows were performed over 2 days.