Dick Whittington is a character in a story that was adapted to the stage in 1605 and became popular as a pantomime subject in the 19th century, called Dick Whittington and His Cat, very loosely based on the life of Sir Richard Whittington (1354-1423). The traditional story tells how Dick, a boy from a poor Gloucestershire family, sets out for London to make his fortune, accompanied by, or later acquiring, his cat. At first he meets with little success, and is tempted to return home. However, on his way out of the city, whilst climbing Highgate Hill, he hears the Bow Bells of London ringing, and believes they are sending him a message.

This will be the debut production of a brand new pantomime written by our own Peter Webster (his tenth).

Synopsis: Dick and his cat Calico have arrived in London Town seeking to make their fortunes, only to find that they are not at all welcome as the locals are very suspicious of strangers. However, Alderman Fitzwarren’s adopted daughter Alice persuades her father to give Dick a chance by giving him a job, much to Fitzwarren’s wife Phobia’s displeasure. Calico is also taken on to help Tapioca Dripping, Fitzwarren’s cook, keep marauding rats out of her pantry. Captain Cockleshell and Salty Swab, the captain and mate of the good ship The Unicorn, arrive to collect their orders for the next trading voyage, only to find that they have to carry sacks of flour to the ship, much to their disgust. All set off to prepare for the voyage, leaving Alice to confide in Dick that she is an orphan and that despite appearances her life is not easy as she is much put upon by her stepmother and that Dick’s arrival is a breath of fresh air …

To read more or purchase the script please visit the author’s PetePanto.co.uk website. 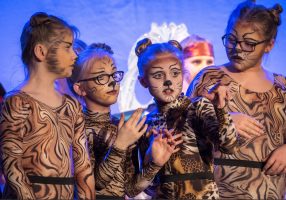 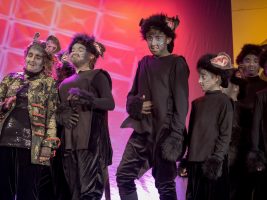 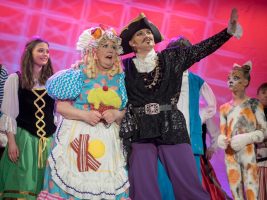 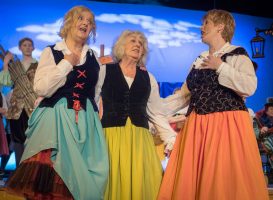 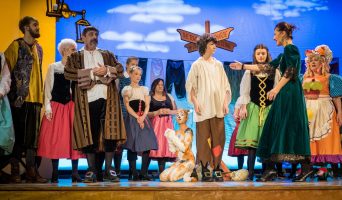 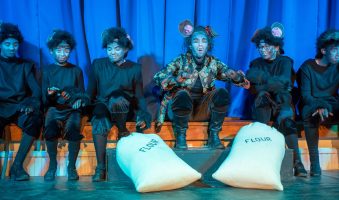 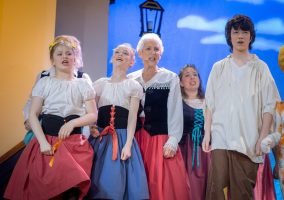 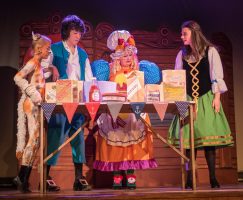 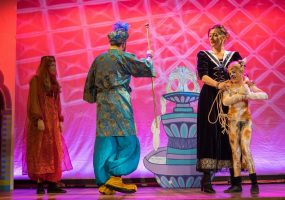 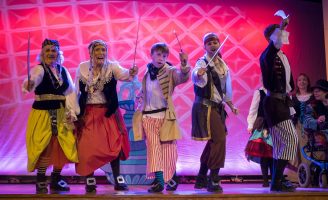 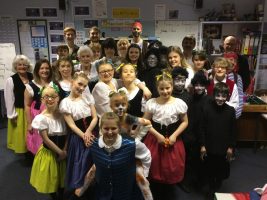 This is my second panto I have been to watch in Faringdon. I took my friend and her daughter for the first time and they loved every second. I was really impressed by jack (dick) for not loosing concentration and for getting back on track. I heard it was his first panto and he did amazing with the audience. As for everyone else who was in the show I loved ur acting and your performance was fantastic it was fun trying to work out who was who as I know so many, the songs are amazing and I can't wait to see another performance.