or "Midsummer Night's Dream - The Panto"

‘Dreamers’ or ‘Midsummer Night’s Dream – The Panto’. is a magical pantomime with fairies, magic and mayhem but also has a traditional brolly waving dame and some mad soldiers. The cast numbers about 70 so there will be lots of large chorus numbers, singing and dancing. The story begins as the people of Faringdon wait to meet Michael, Prince of Wantage who is coming to marry their Princess Amanda. The King is all in favour of the marriage but Amanda is in love with Leo, who is rich but a commoner. They run away together into the magic forest, pursued by the Prince, the King’s army and everyone else who wants to try for the reward. When they arrive in the Forest they find more than they expected. As in a dream, the forest is not only home to magical creatures but also full of familiar faces from the world they have left. Watch out for more mayhem and mischief! 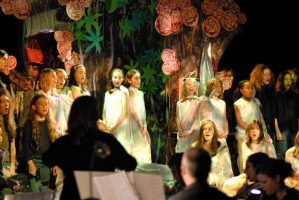 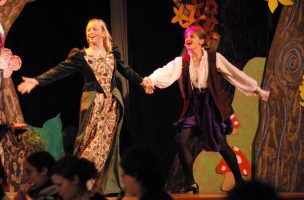 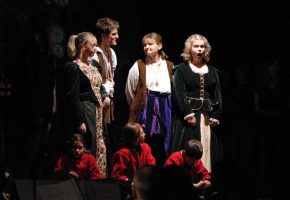 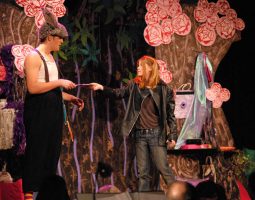 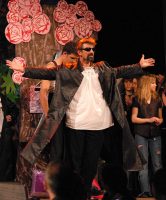 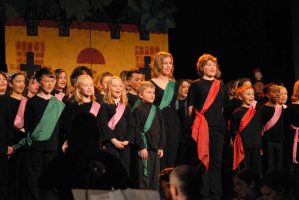 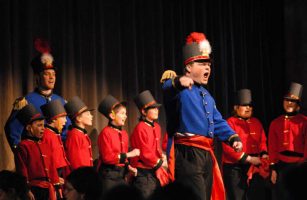 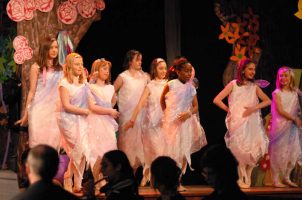 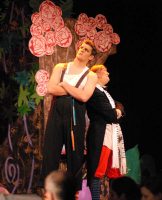