Much Ado About Nothing

Performed in the grounds of Sudbury House Hotel in aid of the British Heart Foundation. 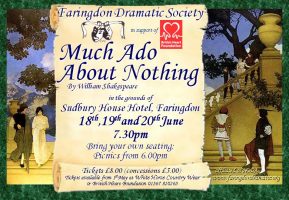 Much Ado dates from 1598-99 and chronologically falls roughly halfway within the cycle of Shakespeare’s plays, between Henry V and The Merry Wives of Windsor.

The action is set in Messina in Sicily. Leonato, the city’s governor, welcomes Don Pedro, who is Prince of Arragon, and his followers back from the wars, and invites them to stay awhile. Don Pedro’s retinue includes his brother Don John, with whom he has only recently been partially reconciled, young Count Claudio, who has distinguished himself in battle, and Benedick, a confirmed bachelor who has visited Messina on previous occasions.

Leonato has a niece Beatrice, who, like Benedick, is determined not to marry. They are old sparring partners and resume their witty verbal duels. Claudio, meanwhile, has fallen in love with Leonato’s daughter, Hero. Don Pedro offers to woo her on Claudio’s behalf, and a wedding is soon arranged.

Don John, in a spiteful attack on Claudio and his brother, is inveigled by a henchman, Borachio, into a plot to tarnish Hero’s reputation. The local watch overhear Borachio and Conrade discussing the plot and arrest them. The news does not come to light in time to prevent Claudio denouncing Hero at their wedding, however. She faints, and Friar Francis, who was to have married them, suggests that it be put out that she has died, in the hope that Claudio will repent. Beatrice urges Benedick to challenge Claudio to a duel to avenge the insult to her cousin.

Earlier, the friends of Beatrice and Benedick had played tricks on them to make them believe each was in love with the other. As a result, they have softened in their attitudes towards one another. Believing Hero to be dead, a repentant Claudio agrees to marry Leonato’s ‘niece’, who turns out, of course, to be Hero herself: The play closes with the prospect of a double wedding -between Claudio and Hero, and Beatrice and Benedick. 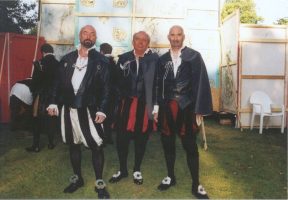 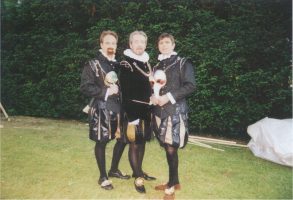 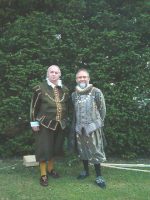 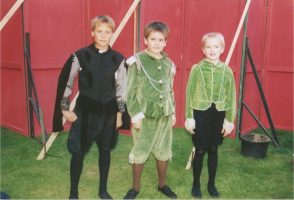 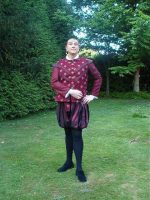 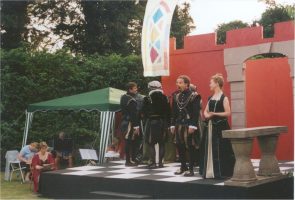 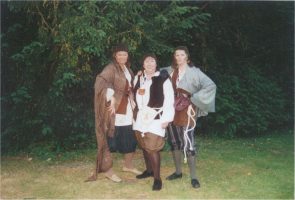 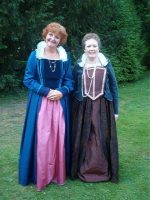 … and prior to the performance some of the cast wondered around the town centre making a general nuisance of themselves under the pretence of advertising the forthcoming spectacle (spectacular?) Much-ado hits the town: 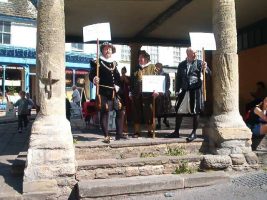 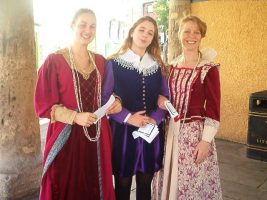 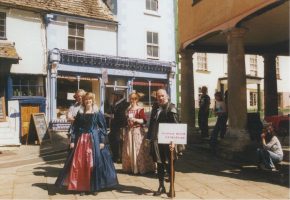 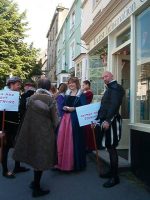 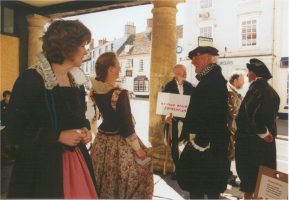