A Murder Has Been Arranged

The action of the play takes place on the stage of a London theatre between 8.15 and 11.15 on the night of 26th November 1930, Sir Charles Jasper’s fortieth birthday.

In this unique thriller that has playgoers gripping their seats, Sir Charles Jasper is an eccentric who delves into the mystical. He is due to inherit two million pounds on his fortieth birthday and plans to celebrate the occasion with a party on the stage of the St. James’ Theatre, supposedly haunted because of several mysterious deaths years ago. The merriment is interrupted by Maurice, the Sir Charles’s hitherto missing nephew and the recipient of the legacy in the event of his death. Maurice, who claims to be a novelist, induces his uncle to write what he claims to be a chapter for his new book. It is too late when it dawns on Sir Charles that he is writing a suicide note for he has just drained a fatal drink concocted by the nephew. In the third act, the birthday guests employ subtle and ingenious tactics to force Maurice to confess. 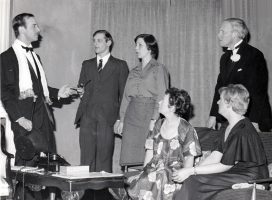 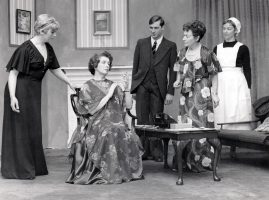 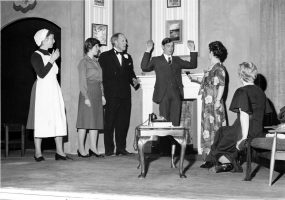