‘Noises Off’ is one of Michael Frayn’s best known comedies. It follows the fortunes of a touring professional theatre company, mainly out of work ex-television actors, as they attempt to earn a crust by touring a very silly trouser-dropping farce – “Nothing On” – around the British provinces. Relationships, rivalries and misunderstandings among the cast and crew are as fraught as those in the play they are trying to perform. All we ever see of “Nothing On” is Act One – three times! First of all we meet the cast, director and stage crew at their final rehearsal, and then twice more in performance. What makes the second act of Noises Off so unique is that we, the audience, now view the split-level set from behind, and so witness what’s going on silently backstage during a performance. 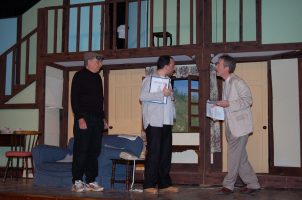 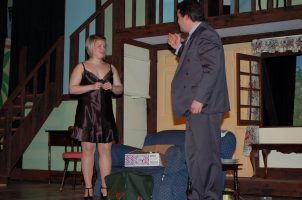 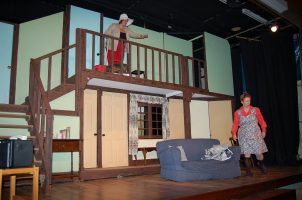 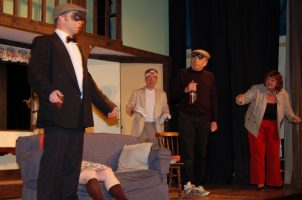 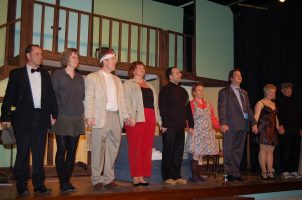 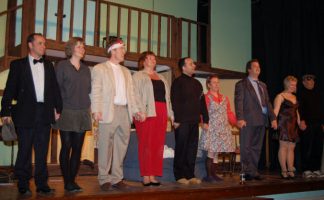