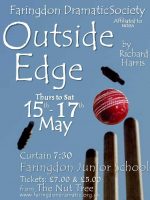 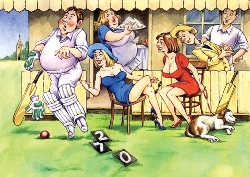 Set in a cricket Pavilion, “Outside Edge” deals with an eventful Saturday afternoon in the lives of five men and four women. Roger struggles to keep together his team to play against the British Railways Maintenance Division Yeading East, while the wives and girlfriends of his players help and hinder to devastating and hilarious effects.

With its cracking comic script, absence of set changes and a cast almost equally split between men and women, Outside Edge is not surprisingly a perennial favourite among drama groups and their audiences.

This play was last performed by FDS in 1988. It is also the play FDS have chosen to take to Canada in May for the return visit to the Garrison Little Theatre in Fort Erie, Ontario, Canada. The themes of cricket and tea are typically English ones, but in fact the main themes of the play are more universal, human frailties, relationships and obsession. We hope our audiences both in Faringdon and Canada will enjoy the production. 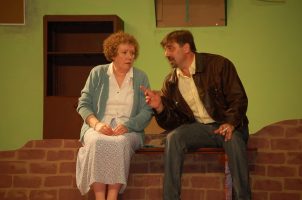 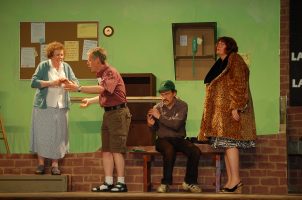 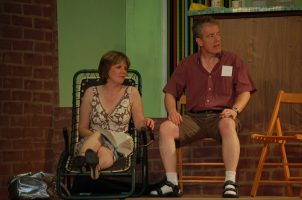 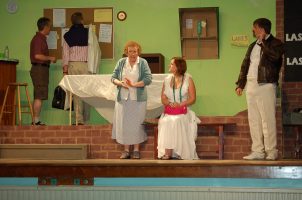 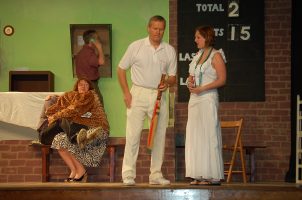 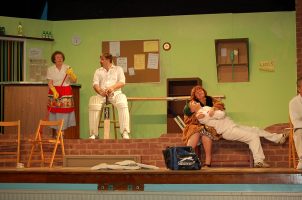 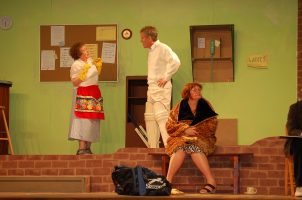 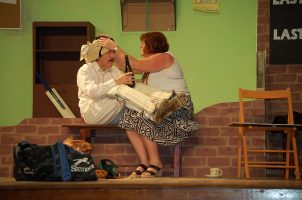 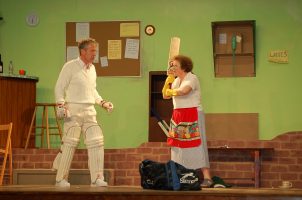