The rats of Hamelin are bored; we find them clustered around Ratsbane, their leader, trying to think of something to amuse themselves. Instead of living in their underworld, they decide to take over the town by sheer force of numbers. Meanwhile Mayor Kettle is congratulating himself on the town’s prosperity in front of his daughter Lydia, Betty Butter and her son Roland. The rats rush in and strip the citizens of their food and anything else portable; the citizens turn on the Mayor, urging him to take action. He summons the town rat catchers, Talk and mutter, who only succeed in getting themselves attacked by the rats. 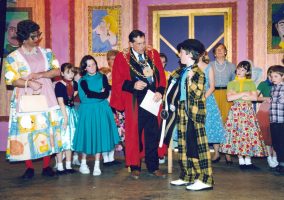 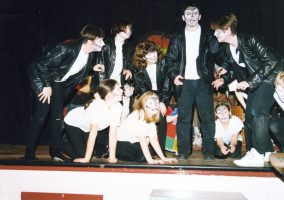 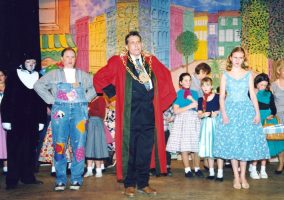 Back to the community theatre for this production. I don’t think we had a matinée on the Saturday.

6 shows were performed over 6 days.