All the profits from the production will be given to World Refugee Year funds.

Mrs Portal has insisted on taking the juvenile lead in all the town’s amateur opera evenings and has done for eighteen years. On the night that she is playing Yum Yum one of her daughter’s has planned to elope with the dashing captain of the yacht “the Blue Goose” – unfortunately he falls overboard and the yacht drifts off with the girl aboard. the lifeboat crew are called out – they have all been taking part in the opera evening and are all in costume. 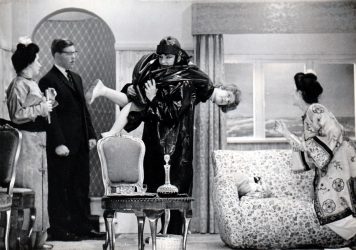 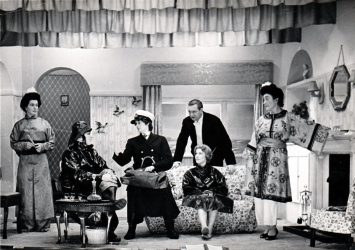