Returning from honeymoon George and Francis are perturbed by the cellar door of their new home. It keeps opening all by itself. The couple who live next door keep popping in and so does the man who used to live in the house. The policeman nephew of another neighbour says he will look into the strange opening of the door. He discovers the body of a woman buried in the cellar. He and George go to the police station. The neighbours come to call again – it seems that the body is their aunt who they murdered for her money and Francis is alone with them. 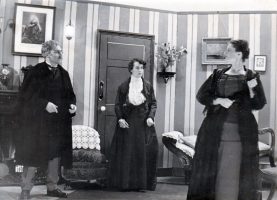 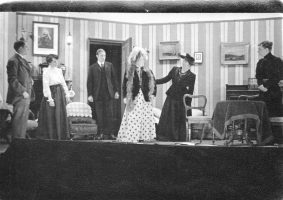