One of Alan Bennett’s earliest plays his acute observation and superb dialogue make this a gem of its time.

In the simple representation of the home of Dr Wicksteed we meet family, friends and acquaintances for whom the determination to put sex and the satisfaction of the body (or corpus) before everything else is the ruling passion of their lives. Set in the mid 1970s the then permissive society is taken to task in a farcical comedy where the characters (stereotypes as their names suggest) embark on a series of mistaken identity blunders and sexual encounters. As Wicksteed says at the close – “He whose lust lasts, lasts longest”.

“Habeas Corpus” literally translates from the Latin as “you may have the body” and nothing to do here with a court order that requires a person under arrest to be brought before a judge. 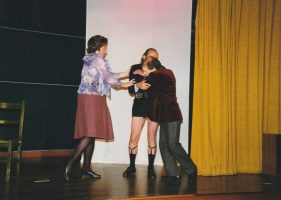 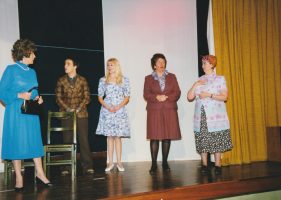