The production consists of four hilarious one-act comedies – with a twist. Three – ‘Shoppers’, ‘Cupboard Love’ and ‘Theatrical Digs’ – are from a series of plays called ‘Deckchairs’ by Jean McConnell. Each play is a conversation on an individual theme between two different women, and all take place on a seaside esplanade. The fourth play, ‘Albert’, is a farce by Richard Harris. In it two men and a woman, none of whom speaks or understands each other’s language, do their best to communicate with each other, resulting in much hysterical confusion! 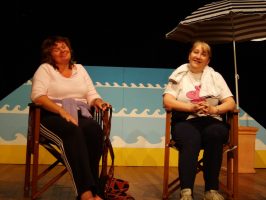 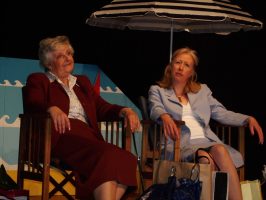 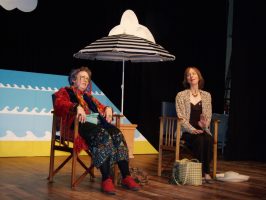 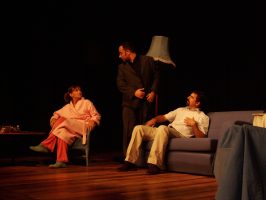